Claim is: This is a photo known by all serious researchers. And that the driver is either W. Bush, who has baggy eyes, crow's feet and a saggy jowl: for a 17 year old. Or it is a HWBush, who was up all night.

Psychos never sleep. Someone's up to a lot of work. Got this from a virtual friend on Facebook, who will not give the provenance of the image. Nor does it know the name of the photog.

This was supposedly a get - away car, or car service for the fake witnesses on the 5th floor of the Texas School Book Depository, on the day of the State Coup d'Etat against President at the time, JFK. 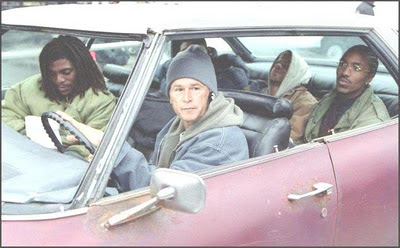 Same here: psy-op. This turned up on the same day.

Best video makers in the "no-plane" at the Twin Towers researcher group (bsreg, simon shack, ozzie bin oswald) led their followers into the "No one Died" and "Look at these two images: It's an actor and the model used for the simulated victim" cult.

If you disagreed with them, or whispered a doubt: i.e. the images are not similar....... you were smeared with vitreol and banned from the community.

For sheeples and dummies, I guess. No one from the general public pays attention, so it's really insider sports to rattle the actual researchers? And to keep the info back from spreading? 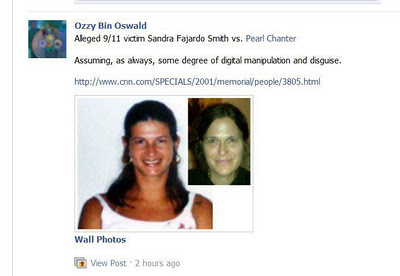